Every three minutes, another person develops dementia in the UK. Each one joins another 850,000 who are all living with the progressive brain disorder.

It affects one in six people over the age of 80 and 70% of those living in care homes have dementia or severe memory problems.

For those recently diagnosed and their families, it’s important to understand this common and cruel disease. What it is, the symptoms and different types, and most importantly, how you can all take steps to make dealing with dementia a little easier.

The term dementia describes a group of different brain disorders that trigger a loss of brain function.

Typically affecting the elderly, although 42,000 people under 65 have been diagnosed in the UK, it encompasses a range of symptoms:

The first signs of dementia are subtle and can often be missed. It’s important to remember that it’s not a natural part of ageing. Memory loss doesn’t necessarily indicate the disease because on its own, it’s a common problem for the elderly.

But when memory loss appears alongside the symptoms above, affecting the way people think, speak, perceive, feel and behave, dementia is indicated.

These symptoms, and the associated impact on day-to-day-life, get worse over time. How quickly this happens varies depending on the person. Some can stay independent for years, staying at home with support from a dementia carer, while others require round-the-clock care at a specialist nursing home.

Dementia is an umbrella term to describe several conditions affecting the brain. The individual symptoms experienced depend on which parts of the brain are damaged and the specific disease that’s causing the dementia.

The most common type of dementia, affecting 62% of those diagnosed, Alzheimer’s damages the connections between nerve cells in the brain.

As proteins build up and form abnormal structures called plaques or tangles, these nerve cells die and brain tissue is lost. People with Alzheimer’s also have fewer chemical messengers in their brain which help to send crucial signals between cells.

Alzheimer’s is a progressive disease so, over time, more and more parts of the brain are damaged, symptoms increase and everyday tasks get harder.

Vascular dementia affects 150,000 people in the UK and is caused by reduced blood supply to the brain due to diseased blood vessels.

Healthy brain cells need a steady supply of blood to feed them with oxygen and nutrients. If the vascular system which carries this blood is compromised, by leaking or blocked blood vessels, blood cannot reach the brain cells and they’ll eventually die. The same process can happen after a stroke or series of small strokes.

These diminishing brain cells can cause problems with memory, thinking and reasoning: a person’s cognitive ability. Vascular dementia occurs when these cognitive problems start to significantly affect daily life.

Dementia with Lewy Bodies (DWB), which accounts for 10-15% of all dementia cases, shares symptoms of both Alzheimer’s and Parkinson’s Disease.

Lewy bodies are tiny deposits of a distinct protein and are found in nerve cells in the brain. They are the cause of both DWB and Parkinson’s, progressively affecting the brain and nervous system. People can have problems with both movement and mental abilities.

At least one in ten people with dementia have a mixed form, most commonly Alzheimer’s combined with vascular dementia.

Symptoms can vary but it’s generally diagnosed when clear clinical indications of both conditions are observed.

A new form of dementia has recently been discovered. LATE is a separate disease which can mimic the symptoms of Alzheimer’s such as memory problems.

Researchers at Alzheimer’s Society are currently working to understand more about the role of a toxic protein called TDP-43, which is present in brain cells affected by LATE.

There is currently no cure for dementia. But with the number of people affected in the UK predicted to rise to 1.6 million by 2040, the quest to find one continues.

Research is focused on exploring its causes, how it can be prevented and diagnosed earlier, along with how quality of life can be improved.

While this important work is being carried out, there’s a range of support and treatment options available to ease symptoms and make daily life easier. The aim of all these is to help people continue to live as purposeful and active a life as possible.

The symptoms of some types of dementia can be managed through drug treatment. These won’t cure the disease but they can slow down its progression and relieve symptoms in the short term.

The availability of these drugs means it’s important to seek medical support by visiting your GP as soon as you suspect there’s a problem.

These allow people diagnosed with dementia the opportunity to speak to a trained professional, in confidence, about their thoughts and feelings.

Counselling is often used to help someone cope with recent difficult events. A dementia diagnosis is a life-changing and life-limiting condition which can be hard to accept. Individual, group or family counselling sessions can help to process feelings and prepare for the future.

Cognitive behavioural therapy (CBT) is focused on changing how we think about something, like dementia. A psychotherapist will support the person to explore the links between thoughts feelings and actions with the aim of developing more positive ways to think, feel and act.

Life story work is an activity for people with dementia which focuses on their past experiences to build a personal biography.

As these experiences shape us as individuals, gathering and talking about life events, big and small, can enhance their sense of identity. In turn, this encourages better communication and a clearer picture of the person’s interests, values and wishes.

Sharing these stories with family and a dementia carer will help to unlock memories, opening up the possibility of meaningful conversation and facilitating person-centred care.

Staying physically, mentally and socially active is beneficial for everyone, and people with dementia are no exception.

From boosting self-esteem to improving memory and avoiding depression, keeping the mind and body active is essential.

Physical activity, from light gardening and housework to gentle chair exercises, is also a recommended mood-booster for those with dementia. As is seeing loved ones and having a strong bond with a dementia carer, helping to avoid isolation.

The Cost of Dementia

Currently in the UK, dementia costs £34.7 billion a year. Two-thirds of this is paid by people with dementia and their families, either in unpaid care (£13.9 billion) or through paying for private care.

Unless they have assets worth less than £23,950, people have to fund all their dementia care personally. Alzheimer’s Society has calculated the typical cost of dementia care for one person to be £100,000.

Indeed, research by the charity has revealed people living with dementia have had to spend almost £15 billion of their own money on social care since government reforms to the system were first promised in March 2017.

With the cost of specialist dementia care in a residential home anywhere between £600-1200 a week, the burden on families can be enormous.

How Can We Help You?

Accepting a dementia diagnosis and seeking out appropriate support can be hard. At Holm, we’re here to help.

Choose your own specialist dementia carer from our carefully vetted team and you’ll get personal, reliable support.

For more advice, get in touch with the home care experts. 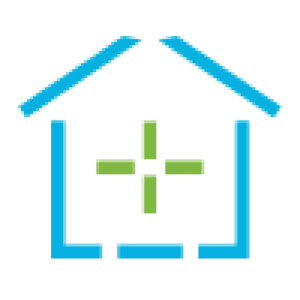